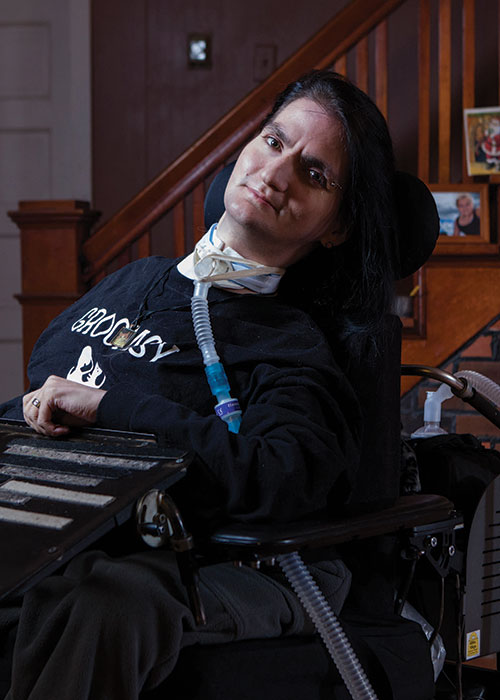 As David neared his 21st birthday, he lived at home, attended college, and enjoyed music and computers. David also lived with a neuromuscular disease, with quadriplegia, cardiac problems, and respiratory issues causing him to be on a ventilator 24/7. With home nursing services from the State, David’s disability was a fact of his life – but not his whole life.

For David, turning 21 was a nightmare because the State of Illinois reduced home services for people with significant disabilities when they “aged out.”

So, when the State cut David’s services in half on his birthday, David’s father monitored his ventilator during the hours when nurses stopped coming. He quit his job and drained his savings to support his family.

But David and his family refused to accept defeat. Represented by Equip for Equality, they filed suit in federal court and challenged the State’s age cut-off for services.

David claimed the State’s policy put him at risk of institutionalization, violating the ADA’s mandate that services be provided in the least restrictive setting. David and EFE prevailed and David’s services were reinstated.

This paved the way for many other medically fragile individuals and a change in the State policy.