Call to Action This Week on Police Reform 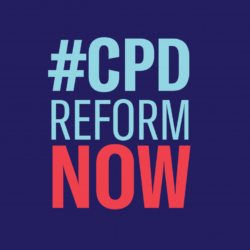 Public comments are needed this week to the City of Chicago and the Illinois Attorney General (AG) to include comprehensive reforms in the Chicago police consent decree to address the excessive use of force against people with disabilities.

As many of you know, last year Equip for Equality joined the ACLU to bring a lawsuit on behalf of a number of community organizations, Communities United, et al., v. City of Chicago, to demand that disability be included in the reform of the Chicago Police Department (CPD).

On July 27, 2018, the AG and the City of Chicago unveiled a draft consent decree to guide reform of the CPD. The decree is a set of promises that the City makes to change the department. If the City does not follow through on its promises, the Attorney General or a coalition of the organizations, including the Communities United plaintiffs and others, can go to court to enforce the decree.

The draft decree is not complete and lacks essential reforms, especially when it comes to disability and policing.

The public has until Friday, August 17, to comment. You can send your comments directly to the Attorney General and the City by emailing policereform@atg.state.il.us or calling (833) 243-1498.

We hope that you will add your voice to demand that disability be fully addressed in the reforms and to support the Communities United proposals. The AG and the City need to hear from people with disabilities that comprehensive disability training, programs and policies must be included in the police reforms.

If you have questions about Equip for Equality’s work on police reform or any of the Communities United proposals, please email Amanda Antholt.