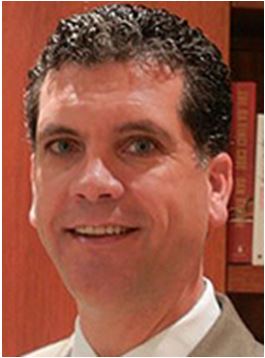 SPRINGFIELD — Lawyers for thousands of mentally ill prisoners are claiming the state must do more to fix a treatment system they have called “a moral and legal catastrophe.”

The group this morning filed a motion in federal court for the Central District of Illinois to enforce an agreement to provide better treatment to about 12,000 prisoners with mental health issues.

A court-appointed monitor earlier this year found the state’s Department of Corrections to be out of compliance with the 2015 agreement made in the case of Ashoor Rasho v. John Baldwin.

Now, lawyers with Mayer Brown LLP, Dentons LLP, the Uptown People’s Law Center and Equip for Equality are asking a federal judge to double down on the command and order the state to draw up a sufficient plan to abide by the agreement.

Their 42-page filing before U.S. District Judge Michael M. Mihm this morning also seeks findings that the state is out of compliance with regard to treatment plans, medication and other aspects of mental-health treatment as well as findings that the department is breaking the U.S. Constitution’s ban against cruel and unusual punishment and the Americans with Disabilities Act.

Among other things, the motion claims only about half of the system’s jobs for psychiatrists are filled and that the spot for a director of psychiatric services had been vacant for the last four months.

Treatment plans for prisoners, while supposedly individualized and updated under the agreement, are being done in a “rote, ‘cut-and-paste’ manner” according to a court monitor’s report and lack meaningful details.

Medications were also being prescribed without follow-ups and even prisoners who were considered high risks for self-harm were not given enough checkups.

For prisoners who were segregated from the rest of the population, out-of-cell time was not structured or consistent enough, the motion claims. And although the court monitor didn’t find it to be an area of noncompliance, data showed the corrections department had more than 500 mental health evaluations that were delayed by 30 days or more.

The motion stated that the class of plaintiffs and the court had given the corrections department “countless opportunities” to improve conditions and abide by the agreement and the constitution.

“Each opportunity has been met with inaction by the [d]efendants, causing incalculable and unnecessary human suffering,” the motion states.

“Thousands of prisoners are experiencing the symptoms of untreated or inadequately treated mental illness, including paranoia, hallucinations, anger, withdrawal, confusion, agitation, anxiety, depression, self-harm and suicidal ideation. To allow one human being unnecessarily to suffer these symptoms is unacceptable. To allow thousands to suffer is a moral and legal catastrophe.”

A corrections department spokeswoman could not be reached for comment today.

Barry C. Taylor, vice president for civil rights at Equip for Equality, one of the groups representing the plaintiffs, said the class is asking the judge to decide three things — that the department is out of compliance on five specific aspects of mental health treatment in the settlement agreement (treatment plans, evaluations, medications, segregation and crisis treatment and transitions); that the department is violating the Americans with Disabilities Act and the Eighth Amendment; and to order the state to improve its compliance.

“We’re asking him to order the state to put together a detailed plan to put themselves into compliance, and we’re looking for specific detail and time frames, rather than just some vague plan,” Taylor said today. He added that the unfilled psychiatrist positions have already been budgeted, so it wouldn’t add a new financial burden on the department.

“It’s really about them doing what they need to do hire the folks they committed to hiring,” he said.