Shortage of caregivers for people with disabilities intensifies statewide 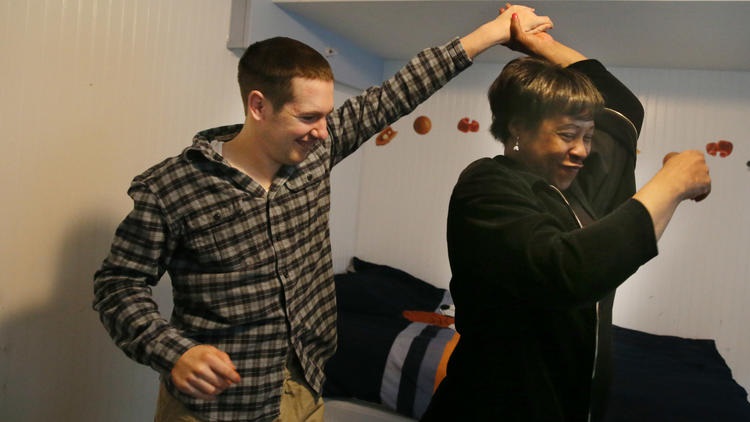 In the past year, Tom and Rosemary Bellaire have grown accustomed to distraught phone calls in the middle of the night from their son, Rob, who lives in a residential home for people with disabilities.

“He says, ‘I need to go to the bathroom and no one is coming,'” said Rosemary Bellaire, of Clarendon Hills, who considers driving to her 30-year-old son in Villa Park after each phone call. But she and her husband know that by the time they arrive, he will likely already have had an accident and they’ll be too late. “It’s just heartbreaking.”

The Bellaires say their situation is evidence of a statewide shortage of caregivers known as direct support professionals who feed, bathe and perform other essential tasks for people with disabilities. After Gov. Bruce Rauner last year vetoed a bill aimed at increasing the minimum wage for these workers — who on average make $9.35 an hour — their turnover rate has grown from 40 percent in 2016 to nearly 56 percent in the first three quarters of this fiscal year at the state’s six largest agencies, according to Kim Zoeller, president and CEO of the Ray Graham Association, an agency that serves 2,000 children and adults with disabilities in DuPage County.

“I’ve been doing this work for about 25 years, and I have never seen this state of our system in such horrible conditions,” Zoeller said. “And yet there seems to be this expectation from the state that we carry on business as usual. It’s not business as usual.”

Lawmakers in Springfield are now considering legislation that would, like the bill sent to the governor last year, raise the minimum wage for the caregivers to $15 an hour. The state Senate passed a bill Wednesday that representatives in the House will consider. With weeks left before the end of the legislative session, and lawmakers still at an impasse over the budget, advocates for people with disabilities say the worker crisis has gone from dire to potentially dangerous.

People with disabilities — many of whom waited years on lengthy lists for placement in group homes — are being moved into residential centers without enough staff to integrate them into their new surroundings, much less take them to the bathroom, administer medicine or feed them meals, advocates say.

A Tribune investigation last year found that Illinois steers thousands of low-income adults with disabilities into private group homes in a botched strategy to save money and give some of the state’s poorest and most vulnerable residents a better life. Instead, caregivers often failed to provide basic care while regulators cloaked harm and death with secrecy and silence, according to the investigation.

If the federal court motion doesn’t work, advocates say they’re not sure what else to do.

“Our caregivers and front-line supervisors are burning out. They are exhausted. We are losing more people than we are able to hire,” said Jim Haptonstahl, executive vice president of UCP Seguin, which provides day and residential program services for people with disabilities and runs the group home where Rob Bellaire lives. “It’s gotten worse in our last year.”

In 2015, a resident in a UCP Seguin group home in Berwyn was attacked by a housemate who nearly pummeled him to death while he lay in bed, according to police records. The sole UCP Seguin caregiver on duty that night told police she tried to intervene, but Aaron Stanley’s housemate, who had an intellectual disability and an intermittent explosive disorder, became more violent, and the staff member was afraid he would attack her. The family of the victim, who has cerebral palsy and no longer lives at the UCP Seguin group home, is suing the provider for failing to protect him.

Haptonstahl, who declined to comment on the lawsuit, said the agency always maintains the required number of qualified staff members needed to care for residents at group homes, as well as clients at day service programs and students at training centers. But that often means asking employees to work overtime, or pulling people from other parts of the nonprofit to do the grueling work performed by direct service professionals.

Anthony DiVittorio, president of Clearbrook, which runs more than 50 group homes in the suburbs for people with disabilities, said families are eager to move their loved ones into Clearbrook’s new group home that has been built and furnished. But without staffing, the home can’t open.

With a vacancy rate of 30 percent, direct support professionals at Clearbrook homes have been working 80-hour shifts, and are being pulled into homes they are not familiar with to pitch in, DiVittorio said.

“Our staff is doing an enormous amount of overtime,” DiVittorio said, adding that he couldn’t in good conscience give his already-thin crew more responsibilities. “Without the workers, I can’t provide the service. It’s courting trouble. And it’s a bad way to start.” 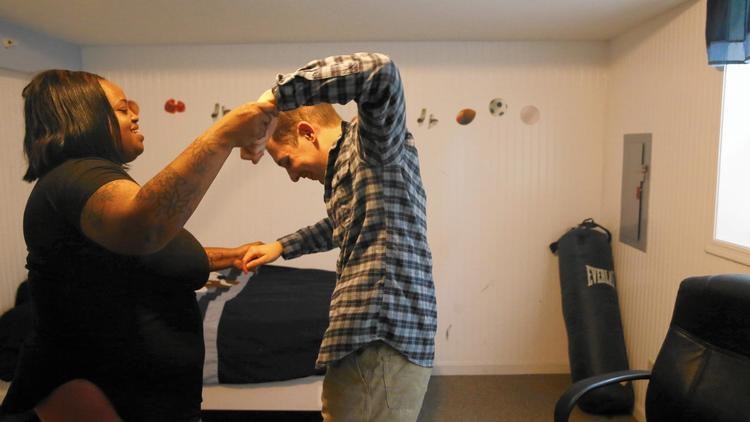 Wages for direct support professionals have not increased in more than nine years, leading potential applicants in the improving economy to opt for jobs where they can make more money doing less grueling work. The overall caregiver vacancy rate — the number of positions that remained persistently unfilled — reached 30 percent in the first three quarters of fiscal year 2017, up from an average of 21 percent in 2016, according to advocates.

Most of the providers in Illinois that serve people with disabilities operate primarily with funds that come from state allocations, which are either introduced by the governor or included in a budget approved by the state legislature. Money provided by the state is matched with federal funds through Medicaid.

With his veto last year, Rauner said the pay hike would cost the state an additional $330 million a year, adding that the bill provided no way to cover the added expense.

Even if the House joins the Senate in passing a measure, it could face similar opposition from Rauner, who has repeatedly opposed new funding requests without ways to pay for them. An attempt by legislators to overturn Rauner’s veto failed, and would likely face a similar fate this year with fewer Democrats in the House.

“The governor is open to working with the General Assembly to find a responsible way to increase wages for these professionals but through an overall balanced budget that appropriately funds such an increase,” said Eleni Demertzis, Rauner’s spokeswoman.

Meanwhile, direct service professionals say they are not sure how much longer they can remain working under such low wages.

Christine Rivera began working as a direct support professional 16 years ago at a group home in Downers Grove because she loved the idea of being able to help people with disabilities feel safe and secure in a home setting. Today, two of the residents who were there on her first day are still living in the house, and she considers them family.

But her hourly wage has increased only slightly in the last 16 years. When she started at the home run by the Ray Graham Association, she made $10.35 and hour. She now makes $11.89.

Rivera, 48, said she lives with her children and grandchildren to cut costs, and depends on her daughter’s LINK card for food. Her daughter wants to move out, but Rivera said if that happens, she won’t be able to cover the roof over her head.

“I’m frantically looking for a roommate, and I have an uncle that I might be able to go stay in his basement if worst comes to worst,” Rivera said. “I still love my job. I just feel that the state is not compensating us for the work that we do.”

George Hardwidge said it has been hard to watch his 28-year-old son, Clifton, struggle with frequent changes in caregivers because of the high turnover rate. Born with mental disabilities, Clifton has significant fine and gross motor impairment and depends on help to get dressed, bathe and eat his meals.

Hardwidge, a former executive officer with Metra, said he has seen caregivers in Clifton’s house work double shifts to cover hours without workers on the schedule. He’s seen other staff come in at the last minute from other homes to fill shifts. And while he still feels his son is getting the best care possible, he worries about what further strain on the caregivers will mean for residents’ safety.

“This is about the quality of life for those folks who can’t defend themselves, who can’t argue and make their own case,” said Hardwidge, his voice cracking. “These are not folks that are too lazy to work or can’t get a job. These are folks who really need help.”

Janet Stover, president of the Illinois Association of Rehabilitation Facilities, said she and leaders from other organizations that serve people with disabilities have been lobbying legislators and the governor’s office in hopes of explaining the crisis. The advocates are willing to look at alternatives — from finding money elsewhere in the Department of Children and Family Services budget to proposing a phase-in increase in the minimum wage for the workers to $15 per hour.

“Our primary goal with our advocacy is to help everyone understand that this is not something that can continue to be tied up in a budget solution,” Stover said. “It has to be dealt with now.”