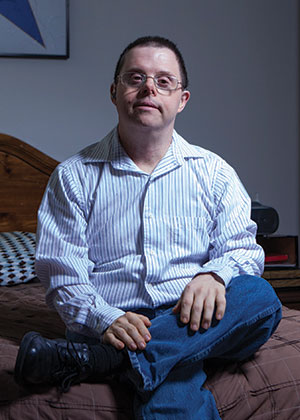 Stanley lives in an apartment and has a job at a restaurant. He can go to the grocery store, library and out with friends. But life wasn’t always that way for Stanley.

Stanley was still in an institution 15 years after the ADA was passed and six years after the US Supreme Court held in the Olmstead case that the unjustified segregation of people with disabilities was a violation of that law. In 2005, Stanley agreed to go public and become the lead plaintiff in a class action led by Equip for Equality against the State of Illinois.

Stanley’s case eventually led to a Consent Decree, the first of three that required Illinois to transition thousands of adults with disabilities out of institutions and into the community where they can live, work and play along with everyone else.

The success of this case and the importance of community integration are best expressed in Stanley’s own words: “Freedom is very, very nice!”